The new downtown region for the primary Farmers Market of the season became filled Saturday with live song whilst people of all ages perused vendors’ booths, sampling products onsite and deciding on handcrafted items. 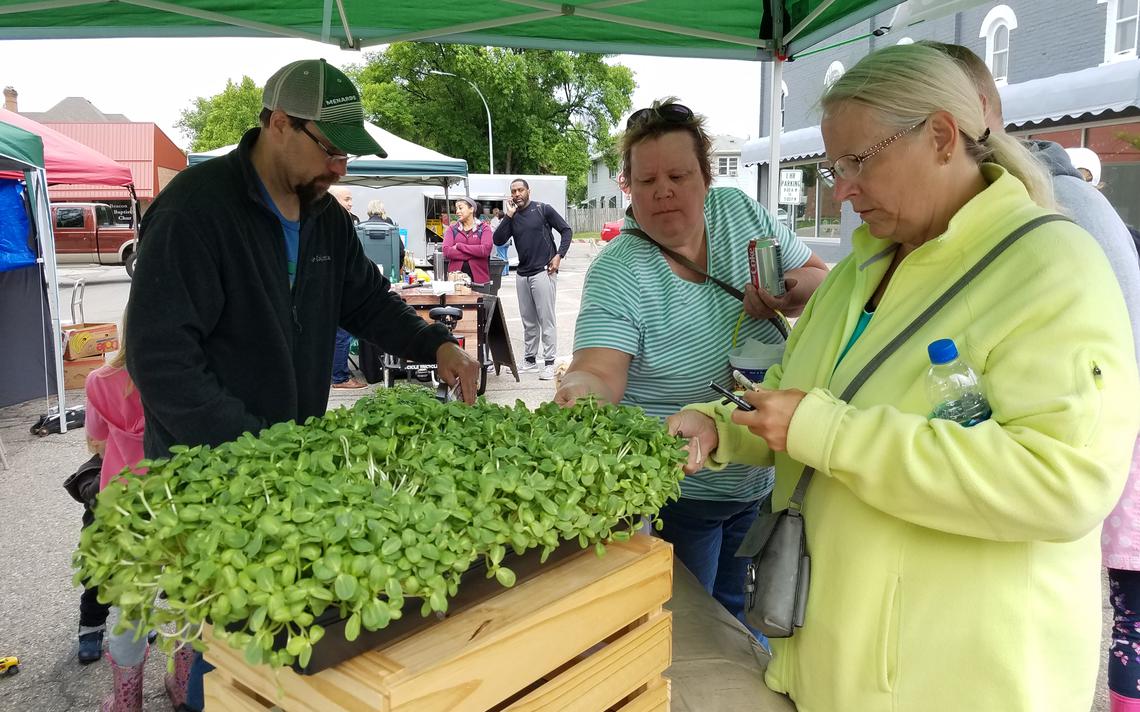 The rain, which subsided mid-morning, no longer dissuade customers from flocking to the vicinity by way of Lyon’s Auto on North Fourth Street, which became blocked from traffic and lined with vendors, most of whom had canopied cubicles.

Farmers Market maintains nine a.M. To one p.M. Each Saturday, rain or shine, through Sept. 28.

With two young kids in tow, Susan Carlson, of Grand Forks, was hoping to shop for some hamburger from Tim Szymanski, Szymanski Farms, Thief River Falls, Minn., who turned into advertising and marketing grass-fed red meat and lamb.

“We’ll have some subsequent week,” he promised.

Carlson said she had bought hamburgers from the business earlier than.

“I like that it’s grass-fed and locally grown,” she stated.

By overdue morning, the bacon had sold out, stated Szymanski, including that “beef chops pass quite brief.”

At the French Taste stand, a line of clients waited patiently to buy crepes, packed with bananas and strawberries, as proprietor Warren Sai and his helper, Abby Lund, cooked the thin pancake-like pastry on a griddle.

The couple enjoys “the diversity in the food services” at the outdoors market, Terrance said. “We test out all of the food — that’s mainly what we’re here for.”

Nearby, Maartje and Casey Murphy of Carrington supplied several flavors of gelato at their Duchessa Gelato stand.

“We use milk from our own family farm to make this,” Casey Murphy said.

“Ice cream has loads of air in it,” he instructed a patron. “Gelato does not; it’s very dense.”

David Bounds, of Grand Forks, changed into selling several forms of microgreens, grown in his basement with developing lighting so he may have more control over conditions, consisting of humidity levels.

“That makes for a better product,” he stated. “People are waking up to what’s of their meals. And it’s not continually healthful food.”

Her olives are imported from orchards everywhere globally, noting that she makes a specialty of promoting Pride of Dakota and different unique products that may’t be observed in other neighborhood shops.

Saturday’s occasion changed into dedicated as “Global Friends Day,” in honor of World Refugee Day, to celebrate Somalia and Kenya’s tradition with track and dancing.

An extraordinary theme may be highlighted each Saturday this season, stated Chelsea Jones-Thomas, Farmers Market supervisor.

The new region is working out “surely well,” she stated. “It nonetheless has that fun vibrancy.”